‘Listen to your heart, if the big wedding celebration is what you dreamed about – wait for it, but if you just want to marry the love of your life – go for it’  Bride Gabriele Zostaute 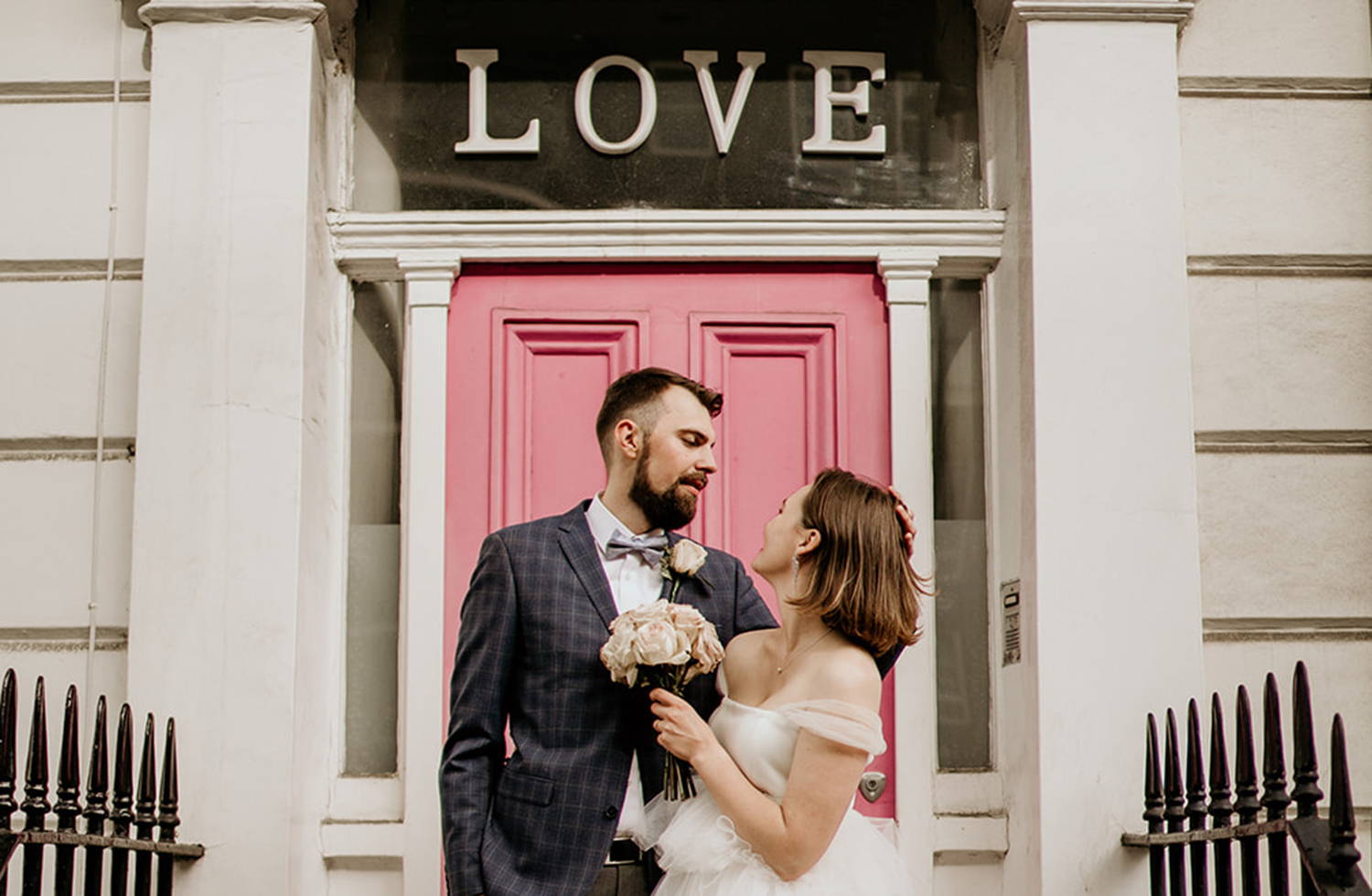 Gabriele & Arnas met at work in Cambridge for an international food manufacturer: one whirlwind romance and ten months later, Arnos proposed to his love atop Mount Teide in Tenerife. Gabriele did not have to think twice; she screamed ‘Taip, Yes, Si  !'and accepted the beautiful pearl ring.

As we know, 2020 was the curveball no one saw coming, and a family-filled boat party in Lithuania that the couple had planned a year on from their engagement was not to be. Luckily both Gabriele & Arnas are ‘very positive, easy-going people’ ,which stood them in good stead- allowing them to remain calm through the process of re-imagining their special day.

Of course they were upset not to see all of the family they would have liked, but with the possibility of a larger celebration next year: 2020 became the opportunity for a relaxed, carefree ‘elopement’ style wedding that allowed them to focus only on themselves and their love for each other.

The bride wore a short dress of white tulle by Lithuanian brand A.P Line, paired with silver Ted Baker heels. She chose a simple bouquet of blush pink roses, which combined with her light and playful dress (‘You are my cute fluffy marshmallow cloud’' said Arnas) added to the feminine sweetness of her look.

The ceremony was held at the historic Chelsea Town Hall, with just six of the couples closest friends. There was no theme or colour scheme, the couple wanted an elopement feel of ease & romance. Their refreshing optimism is summed up beautifully by Gabriele’s advice for other couples wondering how to move forward with their own wedding plans.

‘You might spend thousands and have a big celebration and feel unhappy, the same you might have a small elopement type of wedding, dance in the rain with your new husband and make it the best day of your life!’' 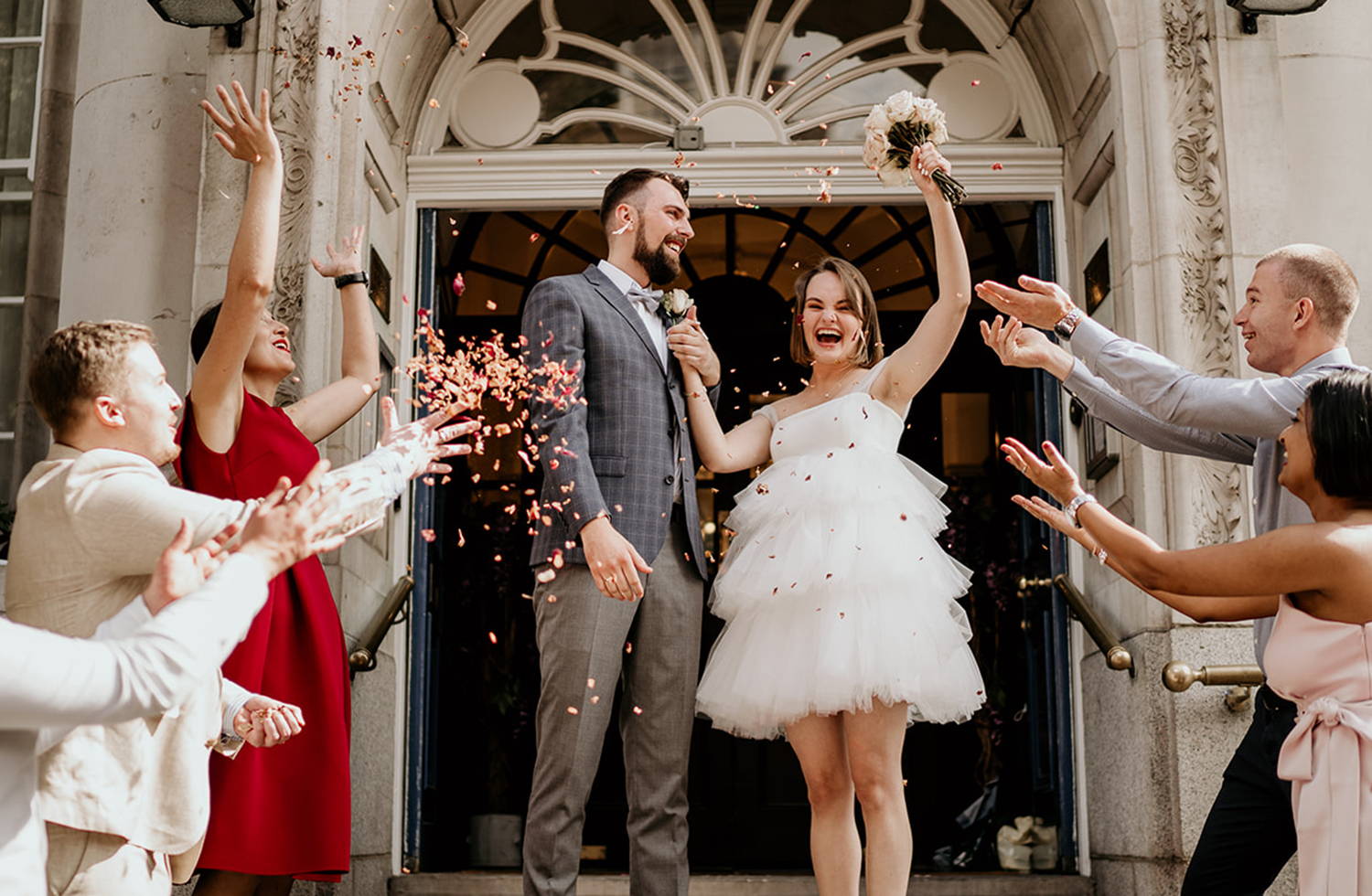 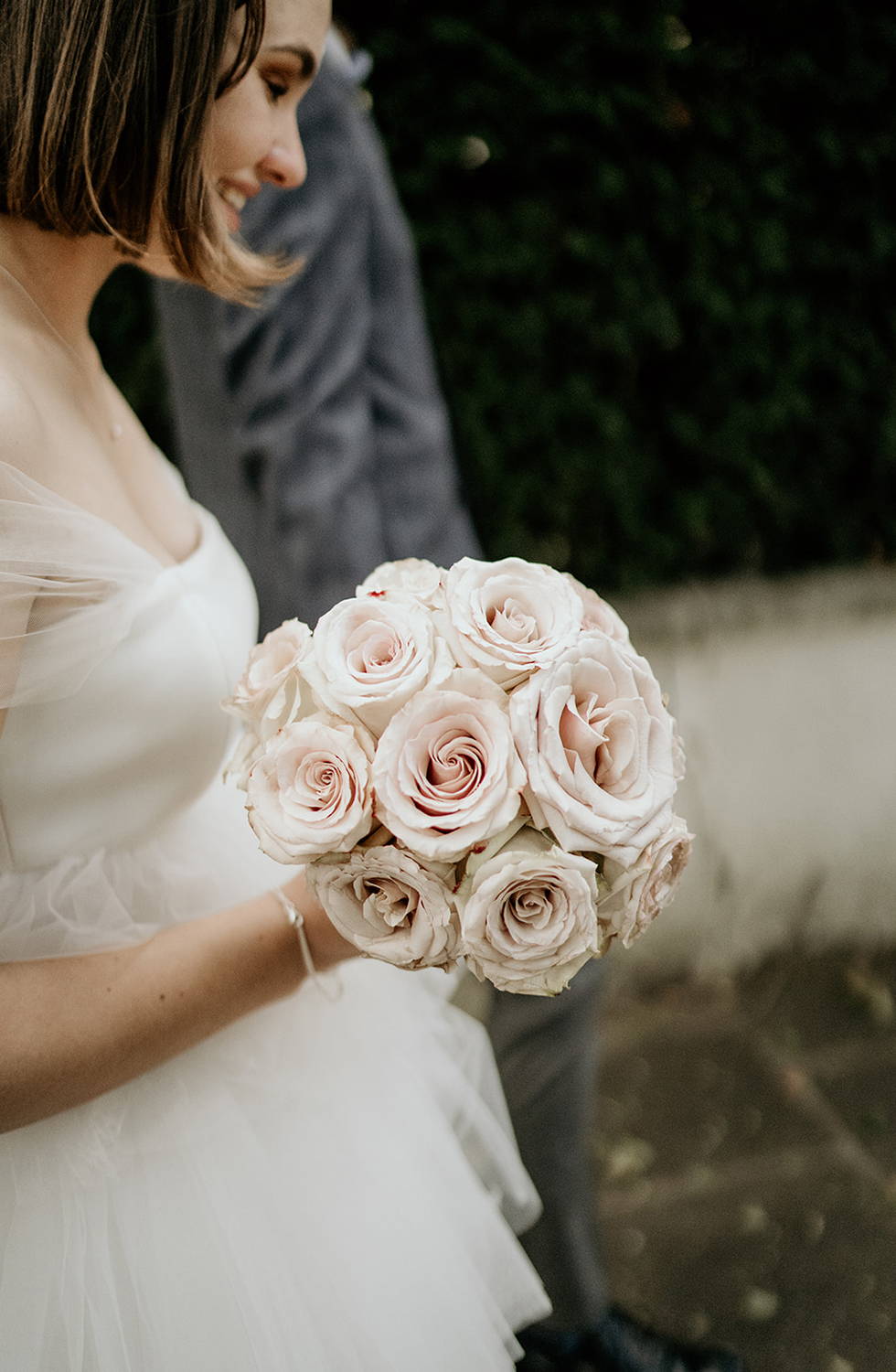 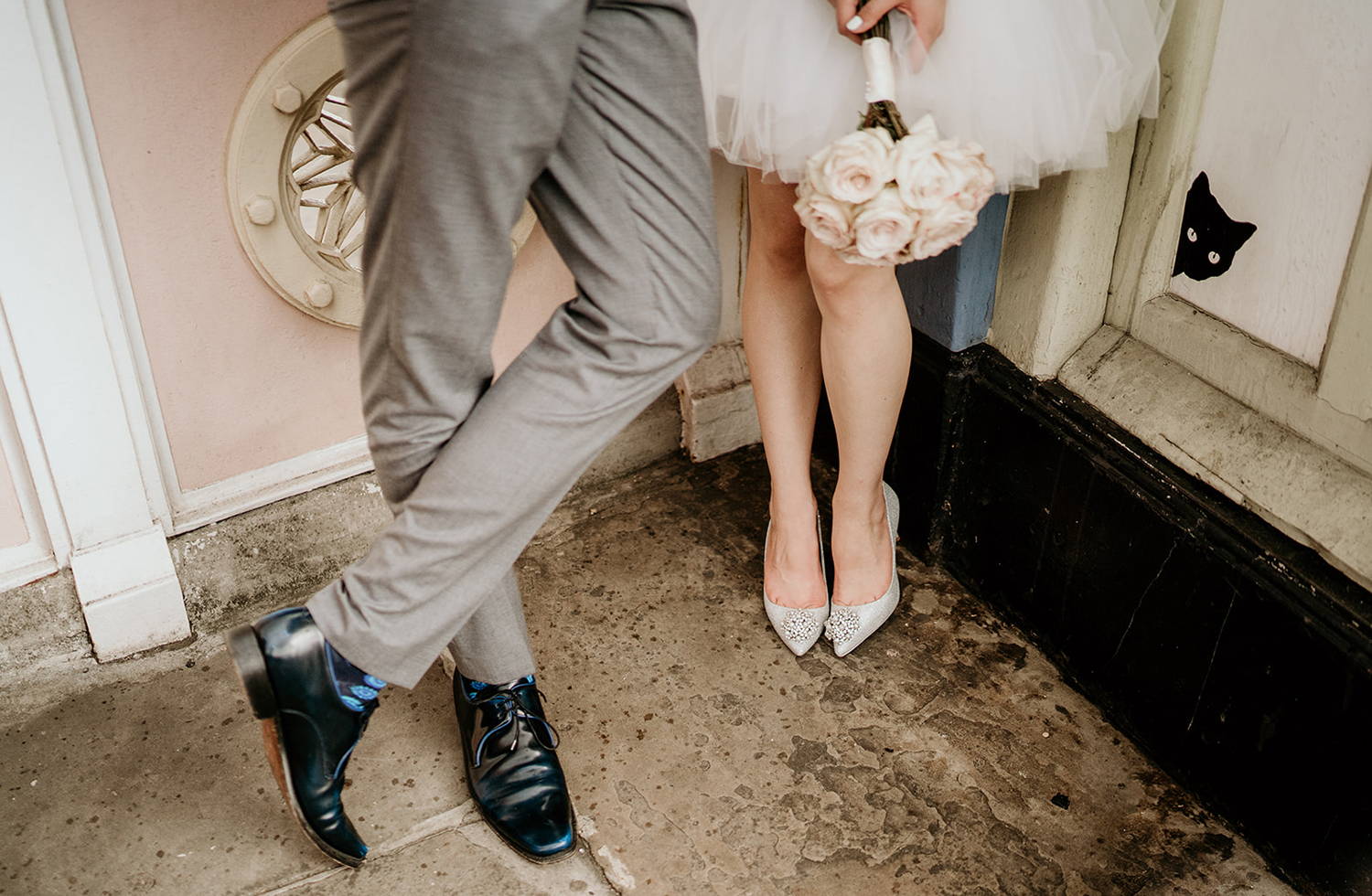 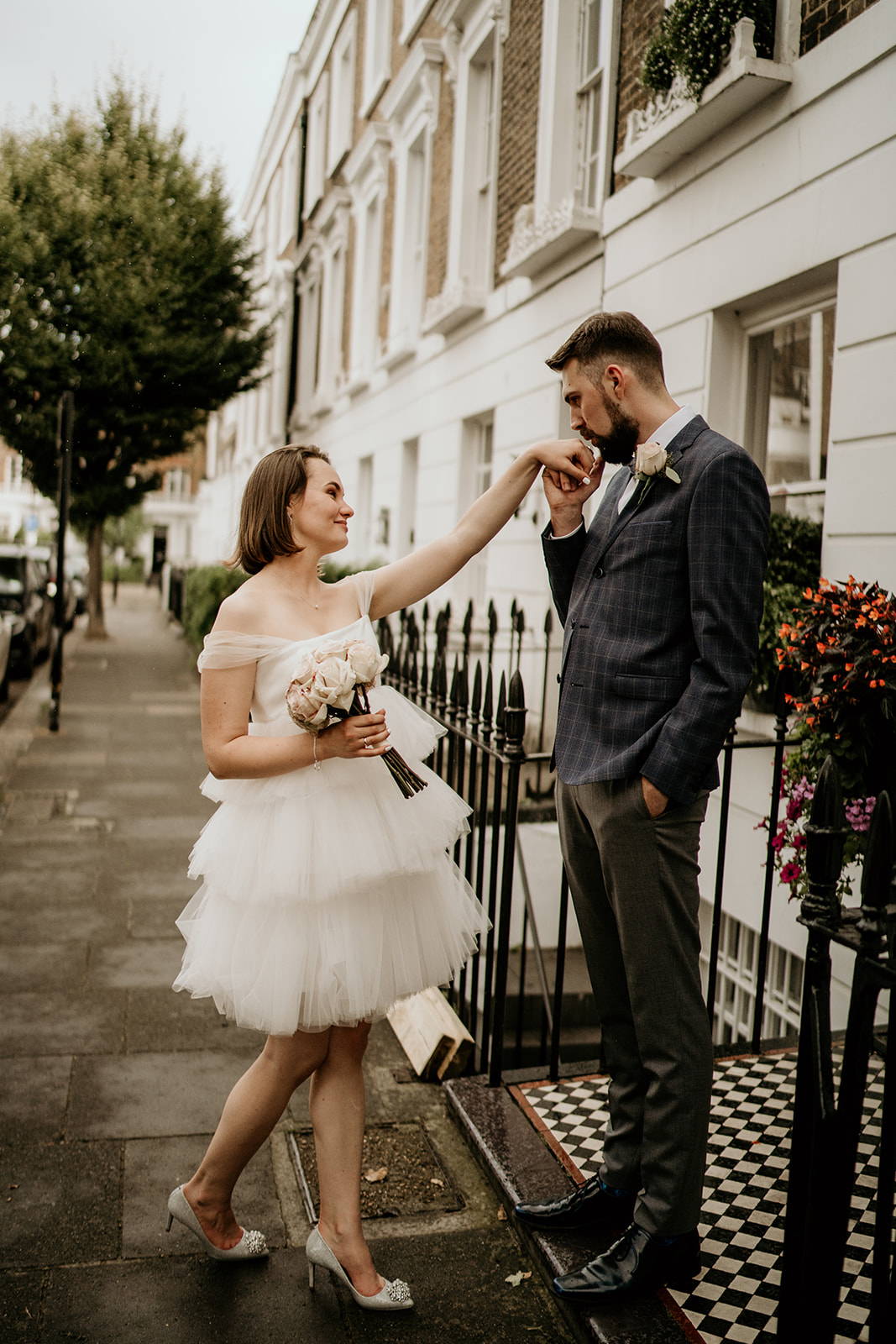